Skrillex Reveals the First of Many Albums Is Almost Complete

There's no question that Skrillex is a pioneer in the world of dubstep. When he first stepped on the scene in 2010, he quickly made a name for himself due to his instant hit singles and by producing for other artists. Today, he is one of the biggest names in dance music and has an impressive list of triumphs under his belt, including a whopping 8 GRAMMY wins and 13 nominations!

In August of 2019, Skrillex delighted his fans by dropping a monster collaboration with Boys Noize  called 'Midnight Hour'Recently, the American DJ seemingly confirmed the steady speculations that he is working on multiple albums! The revelation comes in light of his post in which he stated, "Starting final mixes on this first album...loving how this is sounding ❤️" 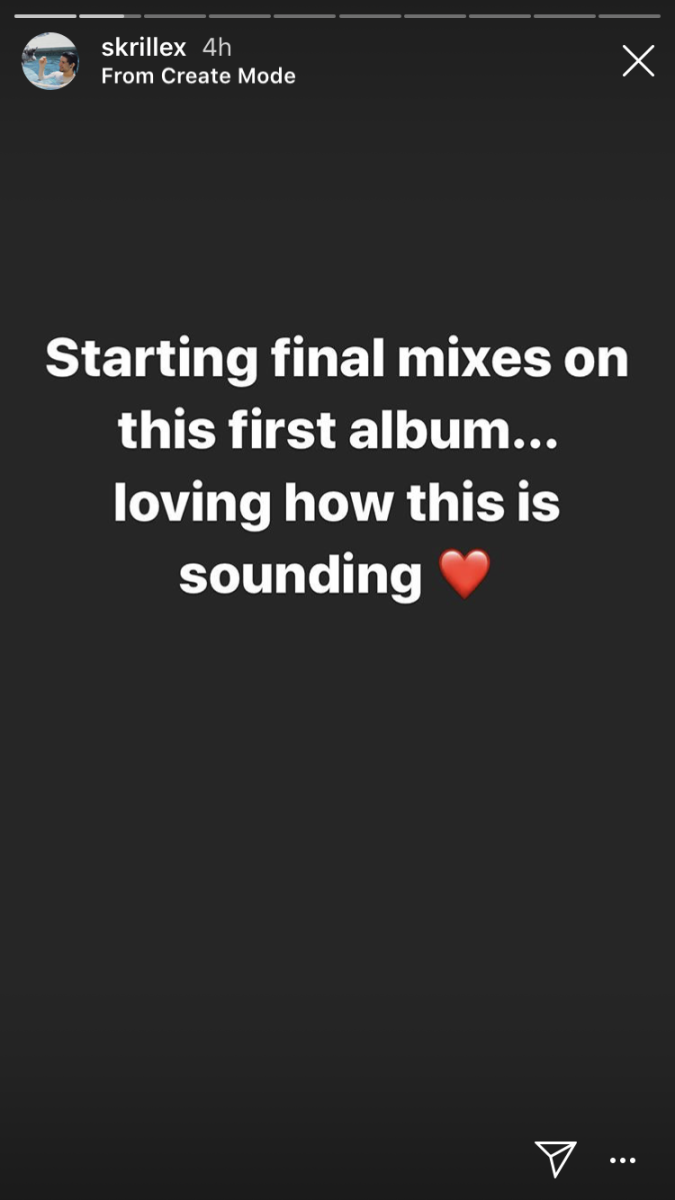 In January, fans got their first taste of the news during an interview with Beats 1, when Skrillex shared that this is the first time he's been able to take some time off from touring and entirely focus on creating new music. At the time, he didn't confirm that a new album was in the works, let alone multiple! We are beyond ecstatic to see what Skrilly has been keeping a secret from us...